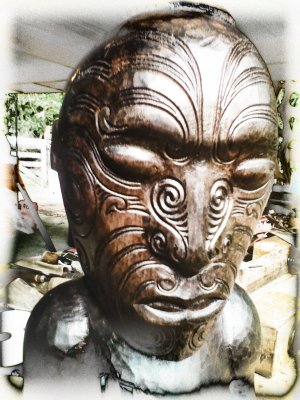 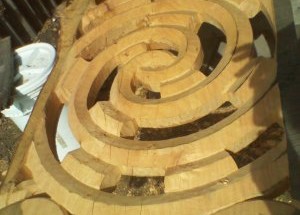 "I've worked in Whangarei and Northland for 20 years. In that time I've created many pieces both large and small."

Whakairo rakau is the Maori art of woodcarving and has been a cultural vessel for centuries. The unique designs and patterns of carving, and their meanings, are a way of telling Maori history.

Jo was first apprenticed to Allan Nopera (Ngati Whatua/Ngati Kahu). He later moved to Hikurangi near Whangarei with a view to learning under a new kaiako (teacher) and teaching new apprentices. Jo eventually met Peter Kraus who became his sponsor for a year.  In 2007, Peter asked him to return to the Purerua peninsular in Kerikeri (Ngati Rehia) where he carved a Tane Te Waiora from a 4.5m macrocarpa stump. Jo later worked with  Shane Whatarau (Ngati Hau), including  carving his whare tupuna (ancestral meeting house).